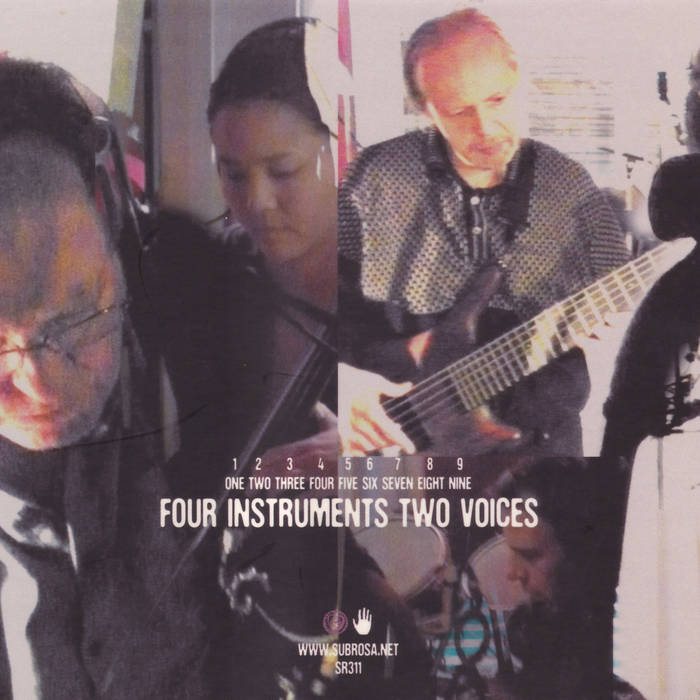 These recordings in two movements :
SR310 MINTON / CHEN
SR311 QUINTET
can be taken as, on the one hand, pieces for two voices and improvisation chamber orchestra (which is what the musicians felt throughout the recording session) and, on the other hand, pure free improvisation.

Things get dislocated, gather themselves, spread across areas of varying intensities. More intimate or more complex song. closer to the sacred, left untouched by mediation, even slightly incomprehensible, though mostly
ambivalent and reality-piercing. At times, the music seems to lead us to a meaning that is deeper than the textual level. or is it the depth of another possible song? That's when the music takes us to areas that seem perpetually urging, more than their simple addition of voices and instruments.

Phil Minton
(1940, Torquay, United Kingdom) is a jazz/free-improvising vocalist and trumpeter. Minton is a highly dramatic baritone who tends to specialize in literary texts: he has sung lyrics by William Blake with Mike Westbrook's group, Daniil Kharms and Joseph Brodsky with Simon Nabatov, and extracts from James Joyce's Finnegans Wake with his own ensemble. Between 1987 and 1993 Minton toured Europe, North America and Russia with Lindsay Cooper's Oh Moscow ensemble. He is perhaps best known, however, for his completely free-form work, which involves "extended techniques" that are extremely unsettling. His vocals often include the sounds of retching, burping, screaming, and gasping, as well as childlike muttering, whining, crying and humming; he also has an ability to distort his vocal cords to produce two notes at once.

Audrey Chen
Chinese-American musician who was born into a family of material scientists,doctors and engineers, outside of Chicago in 1976. She turned to the cello at age 8 and voice at 11. After years of classical and conservatory training in both instruments, with a resulting specialization in early and new music, she parted ways again in 2003 to begin new negotiations with sound in order to discover a more individually honest aesthetic. Now, using the cello, voice and analog electronics, Chen's work delves deeply into her own version of narrative and non-linear storytelling. A large component of her music is improvised and her approach to this is extremely personal and visceral. Chen has performed in Europe, Russia, Australia, New Zealand, China, Japan, Taiwan, Brazil, Canada and the USA during the last years.

Peter Jacquemyn
Peter Jacquemyn moves easily between the visual arts and music (he plays double bass). He is a longstanding member of the Belgian WIM - Werkgroep Improviserende Muzikanten (WIM) (Association of Improvising Musicians) - playing concerts since 1984.

Teun Verbruggen
Searching for a personal touch and wanting to explore all possibilities of playing music and drums, his lack of boundaries and styles and trying to find fresh sounds and freedom in collectif improvisation made him work (as sideman) with Jef Neve Trio, Alexi Tuomarila, Jimi Tenor, Steve Houben, Othin Spake, Mauro Pawlowski, Karanova....