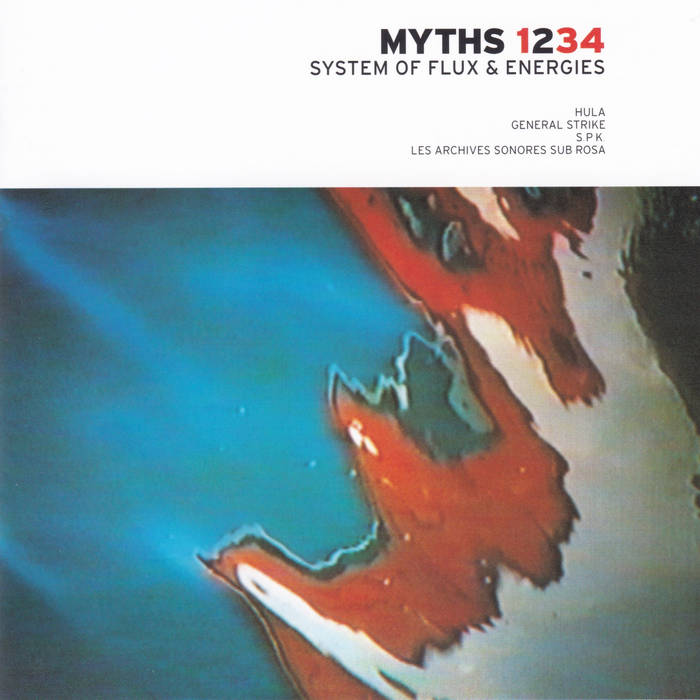 4 LPs and 3 EPs we call Myths Foundation - 7 records for the 7 letters in Sub Rosa - made up our very first productions. Back then, we weren't contemplating starting a record label, we simply wanted to produce pretty complicated (and obscure) objects that could be listened to, read, and scrutinized. We released these items once we had enough money to do so, we had no resources, and we were still students. Slowly, one record a year, against sound judgment, we put these releases together through a series of defining encounters. This handful of records was meant to be the beginning of an adventure, And in that regard, they didn't fail.

In the beginning were the machine and we wanted to talk to them. The regularity of their beat put the accuracy of our gesture into question: they appeared, isolated, in a dream. That is why, instead of hearing the terrible noise that causes vacillation, we are swept along in this unexpected slide: machine rhythms produced dancing, a trance; the trance produced ecstasy, a mix-up of voices. we know the path that leads from industry to rapture, from Sheffield to the Top of the world. We must have been senseless and we had to be careful. Leaving the idea of entertainment behind him, a man advances, in a state of war, he extols the concrete idea of the myth.

in the mouth the impossibility of speaking of the experience

The archives have been devasted by fire. Only three books seem to have been spared, from left to right, lying on the table: the BARDO THÖDOL (the Tibetan book of the craft of dying), MILLE PLATEAUX of Gilles Deleuze, and, further away, on the edge, beside the debris, bound leaves: ACEPHALE - the five issues of the review which Georges Bataille published from 1936 to 1939: the world to which we have belonged offers nothing to love apart from indivudual inadequacy: its existence limits itself to its convenience. It is too late to be bent on being reasonable and learned - which has led to a life with no attraction. Secretly or not, it is necessary to change completely or to cease to be. What we undertake is a war. (fragment #2)

4 stages > sub rosa myths foundation: 1984-89
the first is "instructions for survival"
black-purple-red
the second is such that one forsakes industry's clamor for a road where one walks alone
black-orange (can be rusted)
the third is an invitation to a secret stoïcism- rose-fingered dawn's smile
deep blue
the fourth is such that it's the heart that speaks
in a spiral movement
sinople- green (fossils)