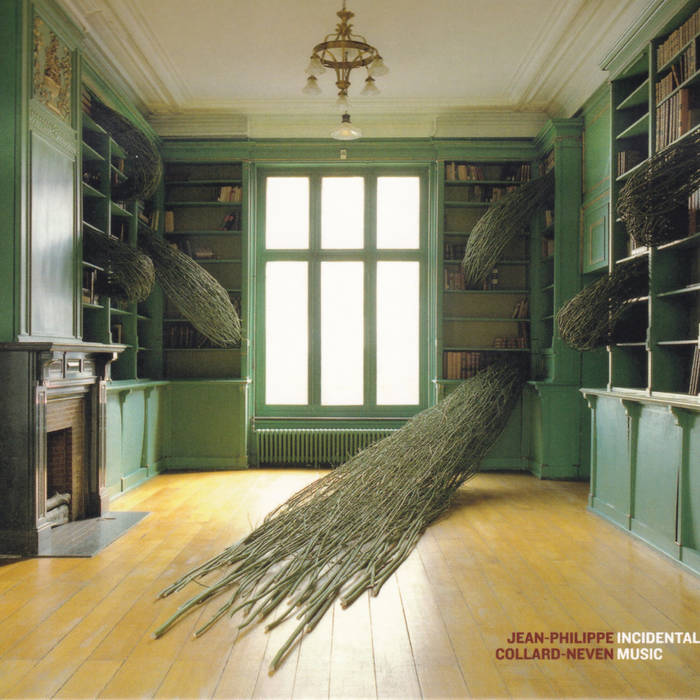 Music for an absent film : 33 miniatures for piano and chamber orchestra.

33 musical pieces taken from theater performances or documentaries find here a new life, released from their original context. they invite our imagination to recreate their story. music for an absent film... a film that could be a french film from early seventies...

J-P C-N : if I think cinematographically, it is not the result of chance. I was born, musically speaking, with film music. George Delerue, Philippe Sarde, Ennio Morricone, Michel Legrand, Francis Lai, Gabriel Yared, François de Roubaix, Antoine Duhamel and many more are responsible for my first musical emotions. Those childhood evenings lying flat on my belly in front of the family's TV screen watching the films of Sautet, Lelouch, Verneuil, De Broca, Truffaut, Audiard, Almodovar and so many others were an endless spring of emotions at which - I understand it now - I quenched my thirst for the deepest emotions buried within myself. It is almost surprising that I have not tried earlier to practice myself what I have considered since childhood to be the most beautiful profession in the world: to be a composer of film music.

Jean-Philippe Collard-Neven: a short biography
Belgian pianist, composer and improviser, born in 1975. Jean-Philippe Collard-Neven treads the career path of an atypical musician where classical, contemporary, electroacoustic, jazz and improvisation, French chanson, theater, dance, cinema, and literature coexist side by side. Far from being a mindlessly voracious form of eclecticism, this diversity is in him the expression of a single-minded passion, an open-minded spirit which steers clear of pigeon-holing and weaves connecting threads between styles, genres and periods. The most varied encounters have forged his musical identity. The jazz double-bass player Jean-Louis Rassinfosse (2 albums at Fuga Libera), the French violist Vincent Royer (2 CD at Sub Rosa), the composers Luc Ferrari and David Shea, Jean-Luc Fafchamps, Vinko Globokar, the visual artist and "sculptor of vegetable particles" Bob Vershueren, the conductors Patrick Davin and Pierre Bartholomée, the cellist-composer Jean-Paul Dessy... , and so many more... He performs regularly in festivals in Belgium, France, Holland, Germany, Italy, Poland, Spain, Tunisia, Chili, Mexico, Peru, Canada..., etc.