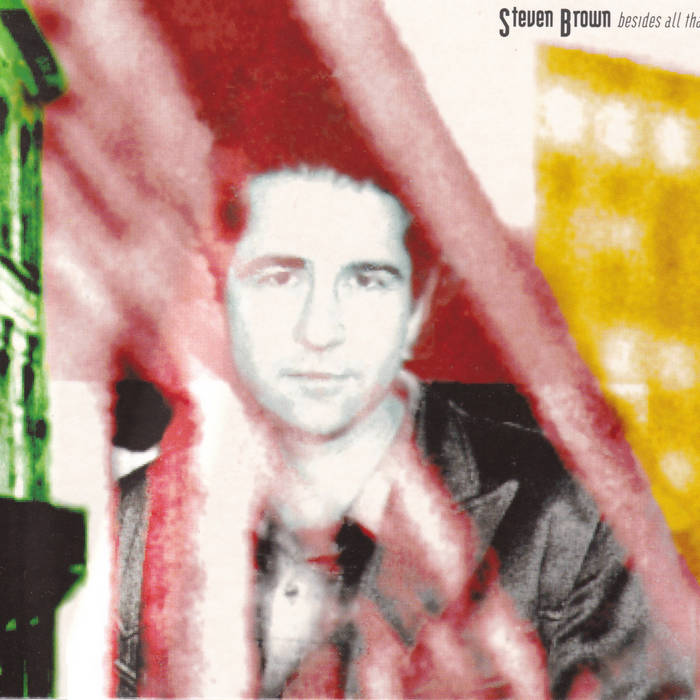 In the second part of the 80's, when Tuxedomoon stayed in Brussels, Steven Brown has recorded a few projects for Sub Rosa.

This record, released in 1990, is a compilation of some of his better tracks from Me And You And The Licorice Stick (EP), You Say You Love and Steven Brown reads John Keats.

Notes on Steven by Eugene Chadbourne

The Tuxedomoon band was formed in 1977 out of San Francisco, with original members Steven Brown, Blaine Reininger, Peter Principle and Winston Tong establishing a sound and concept that to many listeners was just as much a part of the original Ralph records aesthetic as the much better-known Residents band. Tuxedomoon signed with Ralph and released the albums Half Mute and Desire in 1980 and 1981 respectively, during a period when the label was pumping a fortune into cryptic advertising in the type of mainstream periodicals previously off limits to indie labels. Soon thereafter, Brown and company relocated to Europe in order to focus on purely avant garde concerns, beginning with residencies in Rotterdam and Brussels. The group's subsequent output appeared on a grab-bag of labels, with the ambitious 1982 "Ghost Sonata", described as "an opera without words," remaining an opera withou a release for nearly a decade.   Reininger left the band in the spring of 1983, and the remaining members carried on with releases such as Holy Wars, Ship of Fools and finally You. In 1988 Brown, Reininger and Principle created a reunion version of the group, and have since that time performed and recorded as Tuxedomoon whenever the mood suits them. Brown began his solo career in 1983, starting with a series of excellent collaborations with Bejamin Lew for the Crammed Discs label. Music for Solo Piano was the first project that was totally the work of Brown, and was released in 1984 by Crepuscule. Brown's solo work is marked by a deep intellectual content, including dedications to the German film director Rainer Fassbinder and a score based on Edward Albee's play Zoo Story. Later composition were inspired by the literature of Jean Genet and William Burroughs and the sonnets of British poet John Keats. In 1993, Brown relocated to Mexico City where he has recorded with a new ensemble entitled Nine Rain as well as continuing projects with Tuxedomoon.