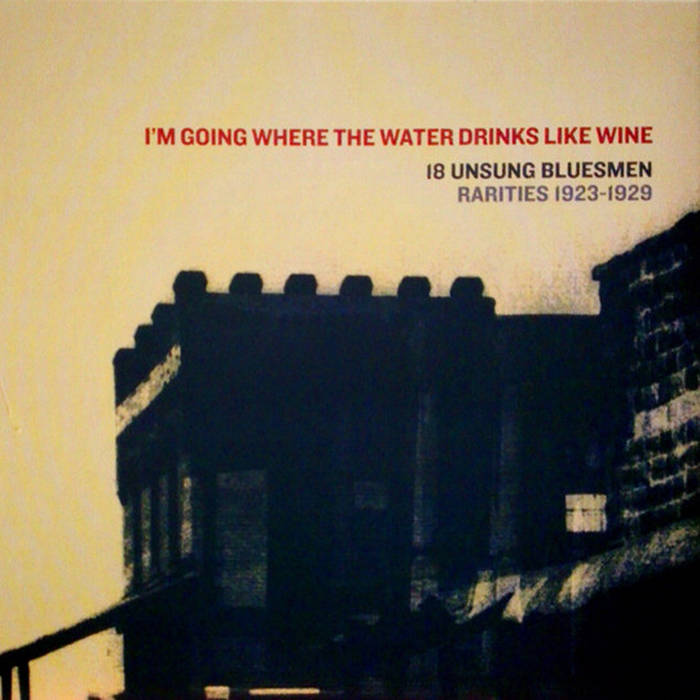 There's been Robert Johnson, Charley Patton, and Blind Lemon Jefferson, there's been Bukka White, Sleepy John Estes, Skip James, etc. They became legendary in their lifetime or the White counterculture saved them in extremis from oblivion in the '60s, but...

Second volume of three dedicated to the blues from the twenties, compiled and edited by Guy Marc Hinant.

The musicians I would like to highlight here, as I similarly did with Run into me but don't hurt me, our publication (CD and LP) on women's blues, are the ones that didn't become major figures, either constructed by Myth or defined by History. These musicians didn't meet their destiny at a crossroad; no folk or blues label rediscovered them. They never got a second chance. They had to accept lowly jobs unrelated to their art. They survived. Most of them came from Mississippi, Memphis, St. Louis. They were all highly unique, and they recorded at a young age - a very young age in some cases - in the '20s. They would walk into a hotel, guitar in hand, for a recording session or two. For some, we don't even know their names, since they cut a few 78rpm sides and left for who knows where. Their traces get lost in the Great Depression. May their voices resound once more and keep the flame of our belief burning a little more, our belief in the beauty of the struggle and the complaint.

PRESS
A must-have compilation for anyone even remotely interested in the blues, this collection of rare, largely unheard music from the pre-war South is a real reminder of the true spirit and meaning of this old and mythic form of American folk. Guy Mark Hinant of Sub Rosa has done a wonderful job of collecting, researching, and reporting on these tracks, all of which were recorded at 78 rpms and originally released at the time of their creations on scattered labels. Many of these records have floated out into the realm of obscurity and have only recently been discovered again, some of them existing as sole remaining copies, reproduced and presented here for the first time. Hinant wanted to highlight more of the unknown artists of the area who were never given a second chance, until now that is. "I'm Going Where the Water Drinks Like Wine" is the stories of these unknown men (the birth names of some of the performers is still a mystery) and their struggles, loves, frustrations and disappointments. And it's these stories as presented by Hinant that makes the disc really special. We're reminded of the real meanings of the blues, not only through the lyrics and forms, but through the poor conditions in which the music was captured and in the tragic lifestyles some of these folks led. These sessions took place in office buildings, some in hotels. One artist is believed to have been a hobo...and my favorite part about the compilation is that it often offers two tracks (both sides of the 78s) from an artist/session to give the listener a broader sense of each singer's own unique style.

A couple of the tracks are more difficult to take in than others due to the intensely scratchy quality of the original records these were taken from. The liner notes promise that Sub Rosa diligently restored the tracks, but some are still a bit painful to hear, especially in headphones. But this music was meant for small speakers anyway, so that critique doesn't hold a lot of weight, especially compared to the wonderful substance that's to be found behind the static: soulful singing, skillful guitar playing (especially on the Luke Jordan cuts), and most importantly the wonderful stories, immortalized once again for us to have another look at a simpler time that was nonetheless challenging. We have our challenges today, certainly, but hearing this music makes me feel like we have less-than-effective methods and tools for how to deal with them like these men did-gracefully, artfully in control of their depressions and able to share those feelings and experiences with their peers in a powerfully direct and communal way. This snapshot of a relatively short time-span magnifies the world of blues for the casual fan in ways musicologists and connoisseurs have previously only been able to enjoy. You'd be a fool to let the collectors have all this great music to themselves. 9/10 -