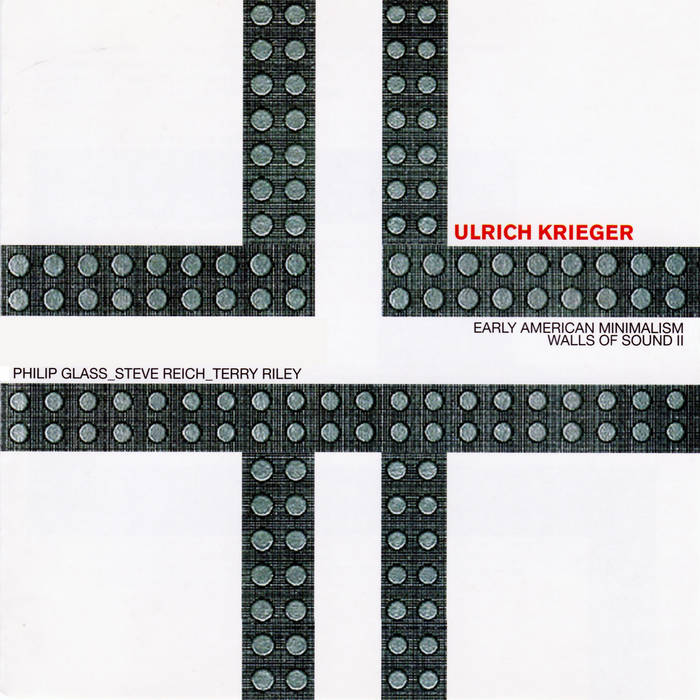 Walls of Sound' is about what I call: 'static music' - music that isn't semantic, gestured, or narrative, that doesn't move or change atmospherically, and isn't dramatic or has a development in the traditional European sense. If it changes it does it very slowly. The emphasis lies on the 'aural sculpture' in which one enters not just with the ears, but also physically with the whole body, and eventually with your mind, altering your perception. Inside the sculpture, inside the static, there are endless changing details, variations and microcosms. In a certain way it is a modern form of trance or ritualistic music without a pre-fixed ritual.

This work is about 'pattern music', general mostly referred to as 'Minimal Music'. A music that uses as its main technique repeated (modal) patterns, which get varied or shifted against each other, generating 'audio walls', taking the emphasis and attention away from the original melodic pattern material towards the aural sculpture, the acoustic phenomenon. This is true for the early American Minimalism before 1970, which still was very conceptual,and did hold a strong influence from Fluxus ('1+1', 'Pendulumn Music'). Riley and LaMonte Young had been active in the Fluxus scene. Also Conceptual Art, Minimal Art and Op Art were somehow related to and an influence for Minimal Music. Often the early Minimal Music pieces were just pure concepts (Pendulumn Music). This new music, which saw it's light in the 60ies in America, was anti- or at least non-European. Young American composers were trying to find alternatives away from extremely intellectual European 'New Music' aesthetics, techniques of Serialism, Ultra-Expressionism and Accademia. The main influences were non-European and non-American: mainly Indian classical music (Riley, Glass) and African music (Reich).