The Storyteller & the Fisherman 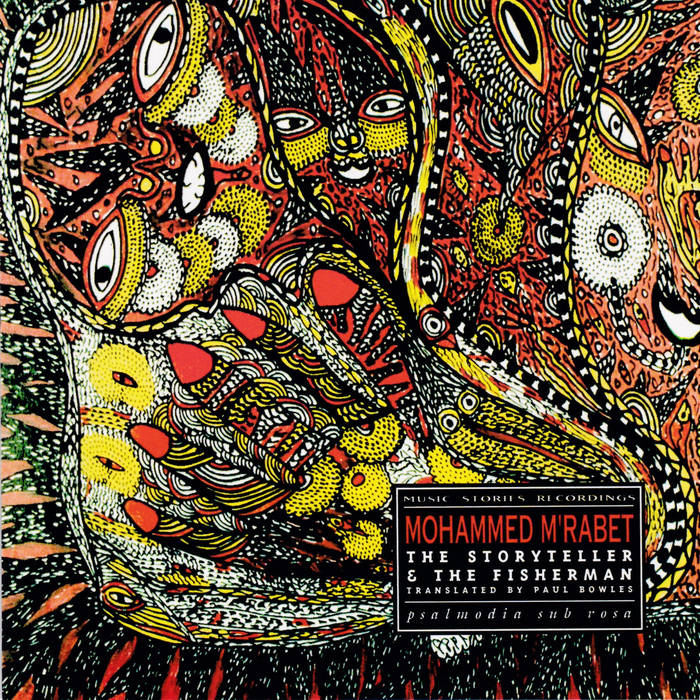 This record was published in the same time that Black Star at the Point of Darkness by Paul Bowles. It constitutes a kind of Tangier's trilogy with Moroccan Trance Music (with Gnaoua and Jilala de Tanger, recorded by Paul Bowles and Randy Barnwell). Randy Barwell who was the head of the project at that time, in Spring 1990.

The lights, the shadows, the secret sonorities of Tangier by the moroccan painter and story-teller close to Jane & Paul Bowles and William Burroughs. Translated and partly performed by Paul Bowles himself.

Mohammed Mrabet, born in Tangier, 1936, his father enrolled him in Koranic school at the age of four, then in 1943 at the L'école public de Boukhachkhach. From 1946 to 1950, Mrabet worked as a caddy at the Royal Tangier Golf Club and thereafter as a fisherman, until 1956, when he met an American couple, Russ and Anne-Marie Reeves, at the Café Central in Tangier's Petit Socco, and remained friends with them for several years. They leased the Hotel Muneria (Tangier Inn) in Tangier and Mrabet worked there as a barman from 1956 to 1959, when he accompanied them to New York, where he stayed with them for several months. His account of his relationship with this couple is semi-fictionalised in his autobiography Look and Move On. Upon his return to Tangier in 1960, he resumed his life as a fisherman and began to paint, (his earliest drawing known to originate in 1959) and met and became friends with Jane Bowles and Paul Bowles, the latter, who, being impressed by his storytelling skills, became the translator of his many prodigious oral tales, which were orated from a distinctive "kiffed" and utterly non-anglicized perspective[6] and published into fourteen different books. Throughout the 1960s until 1992, Mrabet dictated his oral stories, (which Bowles translated into English) and continued work with his paintings He lives in the Souani area of Tangier, with his wife, children and grandchildren. (1995)