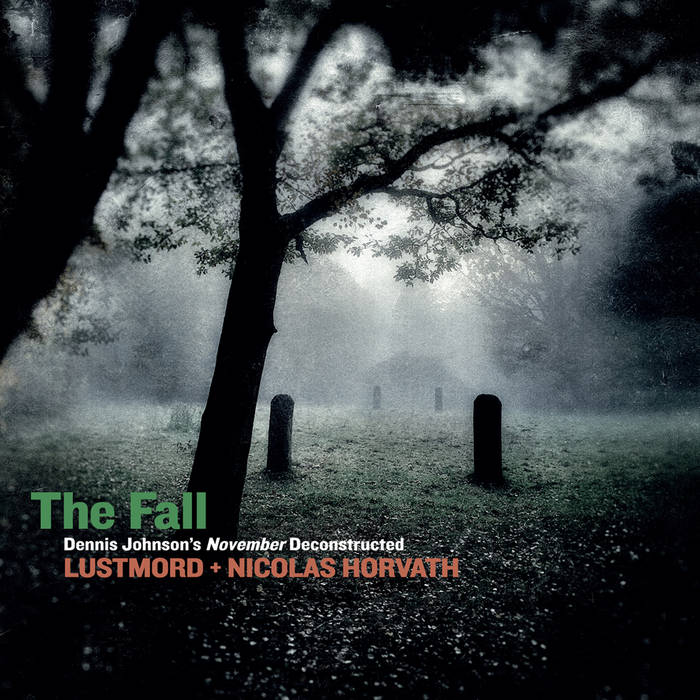 Rod Stasick The big question is “why?”
I suppose you could begin playing the wonderful original 5-hour recording just as dark clouds begin moving in and sit with it thru a complete thunderstorm. It actually makes me want to play “Triadic Memories” while listening to my collection of roofing tar kettles.

THE FALL
is a deconstruction of November by Dennis Johnson
Written for solo piano in 1959, November is the first example of minimalist music composition and was the inspiration for La Monte Young's The Well-Tuned Piano (1964). The 66 minute piece is a collaboration between
legendary artist Lustmord and renowned classical pianist Nicolas Horvath, in which they reduces Johnson’s original November to its core element
and place it in a landscape of complimentary sound. The Fall echo’s November but with further resonance.

Recorded in May-June 2019 in Los Angeles, and Misy-sur-Yonne, France

Lustmord
Active since 1980, born of the original 'industrial' scene of the
period. With its own distinctive approach, blurring the line between
music and sound design Lustmord’s work has featured in 45 motion
pictures including The Crow and Underworld and also in video games,
television and commercials.
Recently Lustmord scored the music for Paul Schrader’s movie First
Reformed. While Lustmord is often credited for creating the 'dark
ambient' genre there is much more nuance to its work than what that
label implies. The music is not dark, but is a light that shines into and
upon the darkness.
Notable collaborations amongst many include Tool, Melvins, Jarboe,
John Balance of Coil, Clock DVA, Chris & Cosey, Paul Haslinger,
Karin Park and Robert Rich.


Nicolas Horvath
An unusual artist with an unconventional résumé, pianist and electroacoustic composer Nicolas Horvath is known for his boundariesless musical explorations. Horvath is both an enthusiastic promoter of contemporary music – he has commissioned numerous works (including no fewer than 120 as part of his Homages to Philip Glass project in 2014) and collaborated with leading contemporary composers from around the world, including Alvin Lucier, Mamoru Fujieda, Jaan Rääts, Alvin Curran and Valentyn Silvestrov – and a rediscoverer of forgotten or neglected composers such as Moondog, Nobuo Uematsu, Germaine Tailleferre, François-Adrien Boieldieu, Hélène de Montgeroult, Jean Catoire, Karl August Hermann...