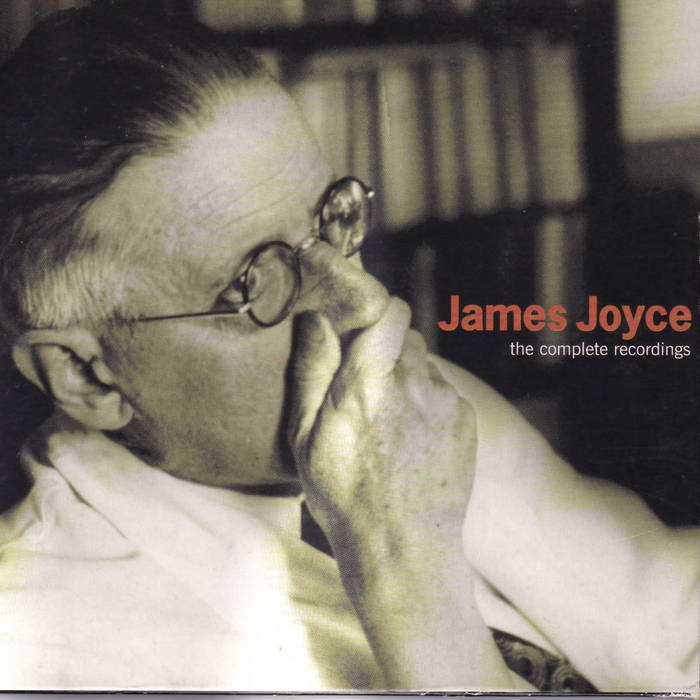 Edited by Marc Dachy.
This box contains one cd read by James Joyce, including "Eolian Episode" (from Ulysses), recorded in Paris in 1924, and "Anna Livia Plurabelle" (from Finnegans Wake), recorded in 1929, together with "James Joyce" an unpublished book by Eugene Jolas.

This box contains one cd read by James Joyce himself, including "Eolian Episode" (from Ulysses), recorded in Paris in 1924, and "Anna Livia Plurabelle" (from Finnegans Wake), recorded in 1929, together with "James Joyce" an unpublished book (100 pages) by Eugene Jolas, and "Jolas - Joyce A Friendship in the Tower of Babel", an historical introduction by Marc Dachy. This is the first time that such an object is published and it becomes eventually a classic of our Aural Documents series as Break through in grey Room by William Burroughs was a few years ago.

First axis : James Joyce, the writer (his voice on cd)
Irish novelist, noted for his experimental use of language in such works as ULYSSES (1922) and FINNEGANS WAKE (1939). During his career Joyce suffered from rejections from publishers, suppression by censors, and attacks by critics, and misunderstanding by readers. Joyce's technical innovations in the art of the novel include an extensive use of interior monologue; he used a complex network of symbolic parallels drawn from the mythology, history, and literature, and created a unique language of invented words, puns, and allusions. From 1902 Joyce led a nomadic life, which perhaps reflected in his interest in the character of Odysseus. Although he spent long times in Paris, Trieste, Rome, and Zurich, with only occasional brief visit to Ireland, his native country remained basic to all his writings.

When the American writer Max Eastman asked Joyce why the book was written in a very difficult style, Joyce replied: "To keep the critics busy for three hundred years." The novel presents the dreams and nightmares of H.C.Earwicker (Here Comes Everywhere) and his family, the wife and mother Anna Livia Plurabelle, the twins Shem/Jerry and Shaun/Kevin, and the daughter Issy, as they lie asleep throughout the night. In the frame of the minimal central story Joyce experiments with language, combines puns and foreign words with allusions to historical, psychological and religious cosmology. The characters turn up in hundreds of different forms - animal, vegetable an mineral. The last word in the book is 'the', which leads, by Joyce's ever recurrent cycles, to the opening word in the book, the eternal ‘riverrun.'


Second axis : Eugene Jolas - the witness (his writings
on book)
In April 1927, the first issue of the small English-language review transition appeared in Paris. Its presentation was sober, its paper modest. It would gradually become the review of Paris's Anglo-Saxon community, and one of the most influential cosmopolitan modern art reviews of its time. Its table of contents was prestigious, leading with the inaugural pages of James Joyce's Work in Progress1, and a major text by Gertrude Stein, An Elucidation. Although transition was utterly committed to Joyce's cause and the "revolution of the word" as Jolas understood it, and the publication of fragments of Finnegans Wake was a major factor in its world-wide impact, the review was to play a much broader role. As the symbol and rallying point of the «lost generation» (in the famous words attributed by Hemingway to Gertrude Stein) in exile, transition published not only countless young writers working in English and many first texts, but also offered its Anglophone readers various foreign language works in translations usually signed by its founder and editor, Eugene Jolas.

Marc Dachy has finally discovered this exceptionnal document - published here for the first time : 100 pages of writings about a master and a friend.