by House of Low Culture 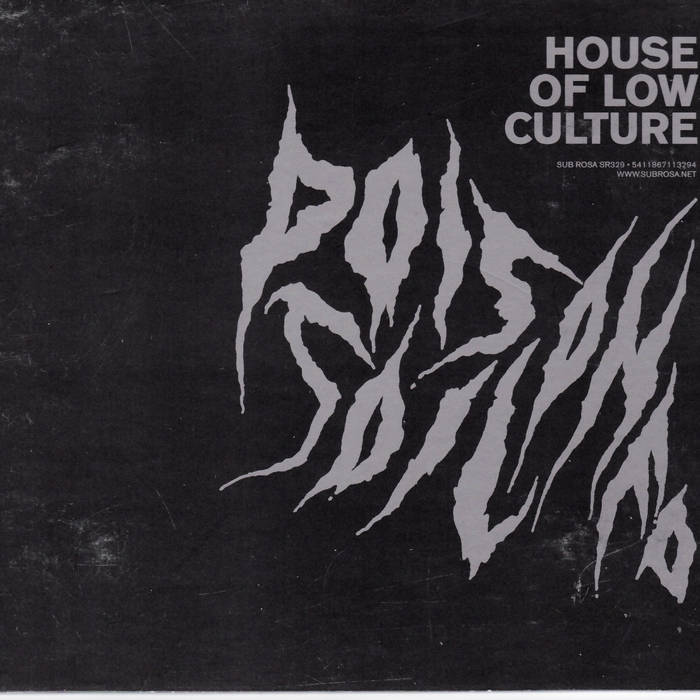 Like many a musical endeavor before it, HOUSE OF LOW CULTURE began as an experiment. In this case, Aaron Turner was making guitar recordings in his bedroom in the Mission Hill neighborhood of Boston, Massachusetts. The then-ISIS vocalist/guitarist was, as always, looking to expand his musical horizons.

"At the time I was enjoying my participation in ISIS and a couple other more band-oriented type settings, but also felt the need to stretch out a bit more without the judgments or limitations imposed by working with other people-and also outside the confines of conventional songwriting," he explains. And so House Of Low Culture was built with the empirical process at its foundation. "It was about literal play with my instruments, about trying out any idea that came to mind and letting everything in as a possible influence-whether it was comic books or Penderecki or doing bong hits in my bedroom with a Roland digital 8-track."

HOLC's 1st release, Submarine Immersion Techniques Vol.1, would set the tone for all that would follow. Recorded from 1997-1999, released in 2000, the album explored lonely, lysergic drone territories and and the construction of textural weavings. Over the course of the next several years, Turner broadened HOLC's sonic palette considerably-incorporating voices, keyboard textures, and other non-guitar instrumentation-while engaging in collaborative efforts with the likes of Merzbow/Masami Akita, James Plotkin, Z'ev, Stephen O'Malley and others.

As of late, Faith Coloccia, Turner's wife (and bandmate in MAMIFFER), has become a regular contributor. Her presence can be heard and felt on HOLC's new full-length recording, Poisoned Soil, as can that of percussionist B.R.A.D (Asva, MMOB, Burning Witch, etc). The three lengthy compositions within conjure a wide variety of spatial effects and spectral imagery when experienced under headphones: distant rumblings, ominous premonitions and strange equilibrium disturbances, all underscored by the hiss of naked electrical current.
The bleak sonic furnishings and deep chants of "Spoiled Fruits Of The Kingdom" preside over a windswept tundra where David Lynch and Loren Connors dream of permanent midnight. The cavernous vocal symphonies and nerve-rattling drum buildup of "The Ladder That Leads To Nowhere" decay into stereophonic gulls and mangled electronics. The blinking notes of a solitary guitar descend into the ether before "Inappropriate Body" immerses the listener in an uneasy kind of percussive mania. From there, a lugubrious torch light leads the way though chambers and caves ringing with the echoes of strange devotional chants and all the attendant speaking-in-tongues. There is static, and then silence.