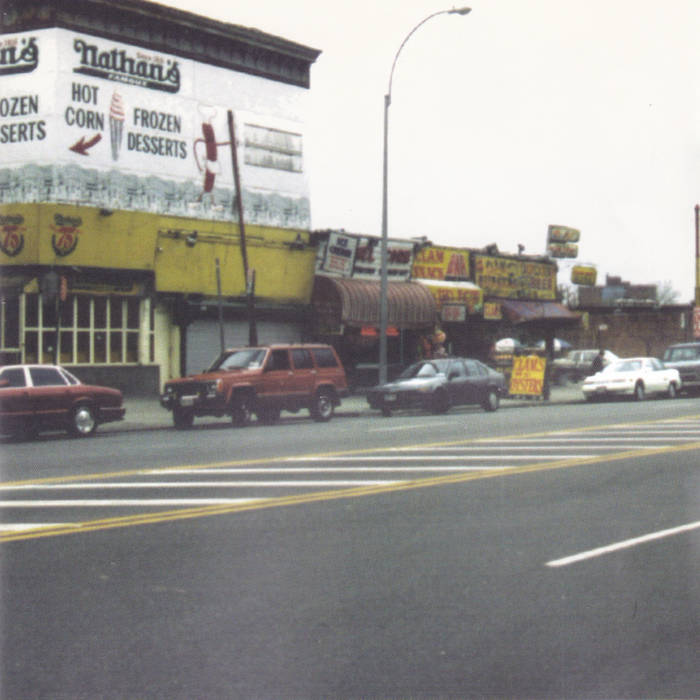 Out Of Worship is a collaboration of Joe Goldring (Enablers, HiM, ...) with drummer Doug Scharin (Codeine, Directions, HiM, June Of 44...). The Indian undercurrent of Moment Must Of Said and the galactic funk of Incubate A Sausage are similar sets of improvisations for choked guitar timbres and savage turntable scratching. While less overtly exotic, Out Of Worship manages to feel more trascendent in virtue of hypnotic guitar chattering and thunderous drumming, pauses and dissonances. A similar approach yields the intense, metaphysical atmosphere of the 17-minute monster Meta Stigmata, whose melodic and stirring jazz-funk-rock interplay between guitar and drums recalls Peter Green's masterpiece End Of The Game. (The track is divided in three parts, the second being a maelstrom of menacing noise, the third being a suspenseful dub-drenched melodic theme).
Notes by Piero Scaruffi / PRESS

One of many side projects for June of 44 drummer Doug Scharin, Out of Worship (aka Out in Worship) was essentially a duo with guitarist Joe Goldring, plus help from supporting musicians as needed. Scharin had begun his career with the slowcore bands Codeine and Rex before moving on to the even more challenging math rock of June of 44. During his stint with the latter, he began a solo side project called HiM, which focused on a highly experimental fusion of dub, electronica, jazz, world music, and post-rock. The more Bill Laswell-influenced Out in Worship grew out of that concern, pursuing a similar but less dubby hybrid with Goldring in tow. Goldring, for his part, had gotten his start with Bay Area post-punkers Toiling Midgets, then played bass with long-running N.Y.C. noise merchants Swans before returning to San Francisco to play with the sadcore band Faith Burns.

He teamed up with Scharin as Out in Worship in 1998, although for whatever reason, their self-titled debut was issued that year as Out of Worship. In addition to many of HiM's influences, the album also incorporated turntablism, psychedelia, and Middle Eastern and Indian music. Those elements were all amplified on the pair's 1999 follow-up, Sterilized, this time credited to Out in Worship and released by Perishable. Sterilized employed supporting musicians like bassist Tony Maimone (most prominently of Pere Ubu), violinist Julie Liu (who also worked with June of 44), tabla player Adheesh Sathaye, and turntablist Ill Media. Scharin and Goldring supported the record with a tour featuring some of those musicians, but it went poorly, and the two subsequently went their separate ways. After June of 44's 2000 breakup, Scharin continued to record as HiM, and also played with Loftus; Goldring worked as a sideman with several outfits, including Porn (The Men Of), Touched By a Janitor, and the solo Captain Onboard.
Steve Huey / All Music Guid