by Multiphonic Ensemble (aka Yoshihiro Hanno) 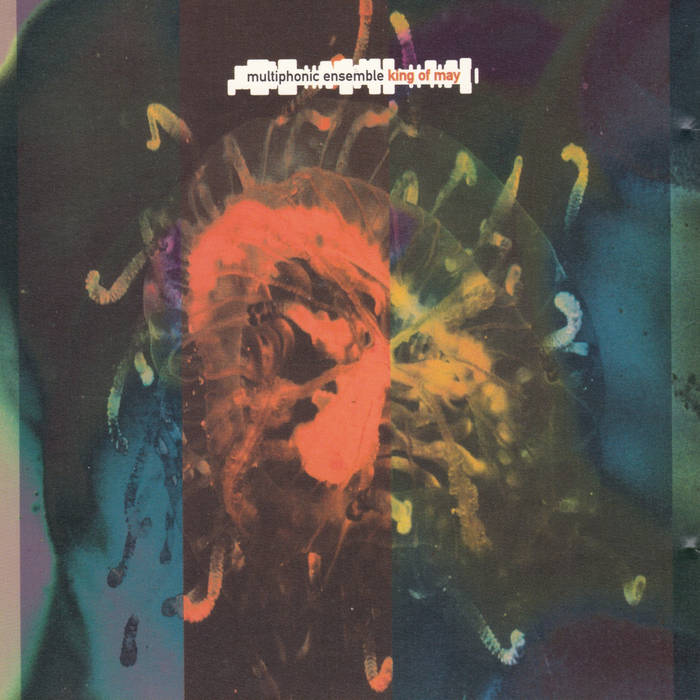 Between 1997 and 2002, on his own name, Yoshihiro Hanno, or under Multiphonic Ensemble, four records have been released by Sub Rosa. King of May is the first, published in 1997.

Based in Osaka, Multiphonic Ensemble aka Yoshihiro Hanno is exploring since 1988 the many faces of music [drum'n'bass, hip hop, soundtrack, post-free jazz] with an obvious taste for fusion.

A musician/composer who practices broad creation from electronic music to acoustic movie soundtrack all over the world and writes music base on his own stance and point of view. Hanno's first appearance on the electro scene had a huge impact with this album, which had been released as Multiphonic Ensemble on "Sub Rosa" imprint in 1997. This album was highly acclaimed as a "giant step of electronics music" and "most important electronics album in the last few years." Its existence suddenly drew attention. In 1998, Hanno collaborated with Ex-Japan member Mick Karn for the album Liquid Glass that was released in Japan, U.K. and USA. Also in the same year, he was commissioned to perform Maurice Ravel's "Pavane For A Dead Princess" with full orchestra of NJP (New Japan Philharmonic orchestra). He restructured the famous masterpiece and received enthusiastic praise. Also he released his 1st album under his name Yoshihiro Hanno. This album of universal beauty received many compliments from artists like Jim O'Rourke, Ryuichi Sakamoto, etc... Also, that same year, he entered the world of film, scoring"Flowers of Shanghai" by Asian movie master Hou Hsiao-Hsien. It was his first experience in film soundtracks. The film was highly acclaimed and was even invited to the Cannes Film Festival in the official competition. Since, he has gotten international fame as a film score composer, working on "Platform" by Jia Zhang-ke' (Venezia Film Festival 'NETPAC Award', Nantes Film Festival - First Prize, Buenos Aires Film Festival - First Prize), "Cannon" by Isao Yukisada, "All tomorrow's parties" by Yu Likwai' (shown at the Cannes Film Festival), and so on. In 1999, in his Multiphonic Ensemble alias, he released his 2nd album Cirque. The music was inspired by Georges Rouault's masterpiece, ''Circus'' is the concept of whole music filled with the joy of freedom of creation, and has a lot of energy. In 2000, he was musical director along with Ryuichi Sakamoto for the Yomiuri TV soap opera Eien No Ko. Also, he became part of Ryuichi Sakamoto's unit "CODE", which collaborated with him and was named Hoon, releasing a special CD and book set. That same year, he started his own Cirque label.