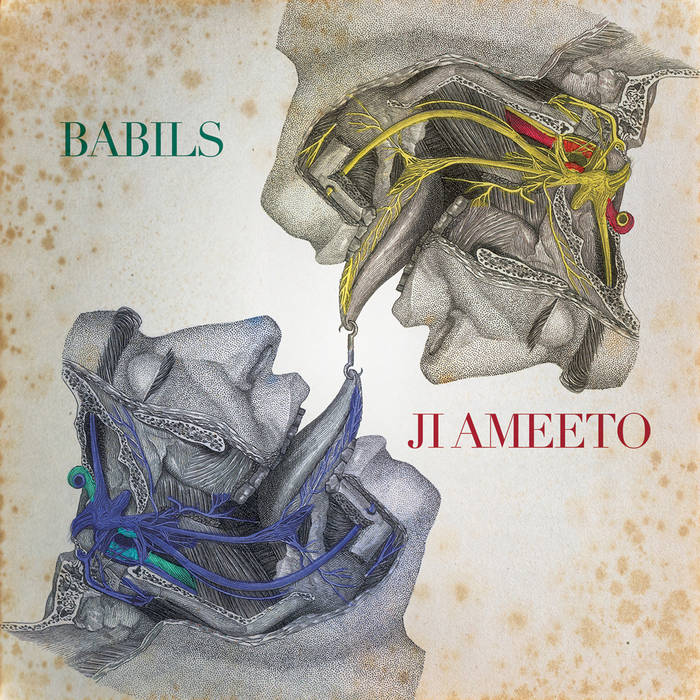 Ji Ameeto is the 4th album of Babils. From the duet formed in the late 90s by Gabriel Séverin and Michel Duyck, opening out over the years, the five current members of Babils meet monthly at the Central Laboratory to improvise freely, without any restraint. All the sessions are recorded and archived. The very first album of Babils, made of a selection of improvised and reworked tracks, came out in 2007 on the label Stilll and was very welcomed by underground newspapers and many American universities radios. This CD was nominated for the Qwartz, awarded by Radio France.
In 2009 Stephan Barbery sees his friends on stage at Ancienne Belgique. Expressing his enthusiasm, he is invited to join the crew. The band, then made of six members, will release two CDs: QTAB in 2011 and WAH! in 2013 (Camera obscura D001). Alas, they will never play six on stage. Michel Duyck, after suffering, passed away on November 8, 2014. Ji Ameeto is the first album of Babils without Michel.