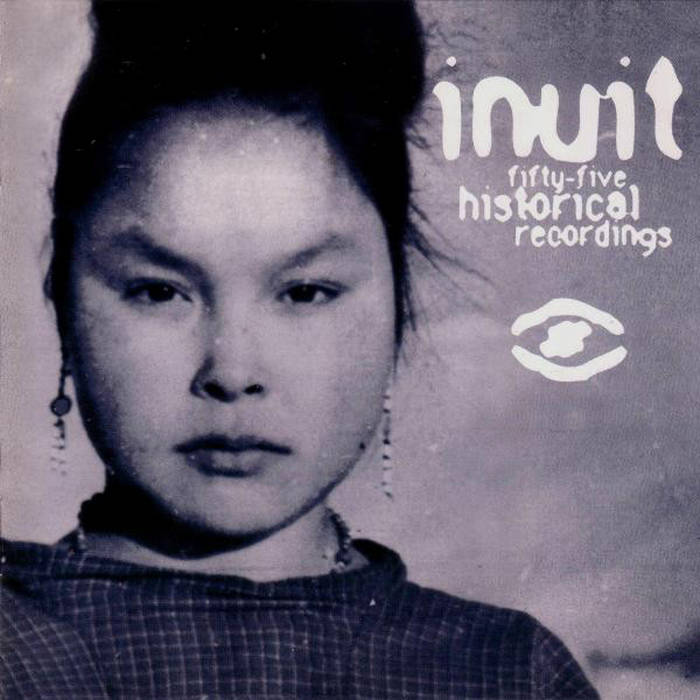 Recorded in several places in Greenland and Canada from 1905 to 1987. Compiled by the Danish ethnomusicologist Michael Hauser for his book 'Traditional Greenlandic Music' published by ULO in 1992, edited by Karsten Sommer. This record, published a few years ago only in Greenland by Ulo, released on Sub Rosa in 2000.

This is more than an hour of ultra-rare documents. It makes the point of a century of Inuit recordings! The complete booklet includes many notes, comments and photos. Voices recorded almost a hundred years ago in Greenland on wax glader cylinder... for today, hearing a lost shamanic story, a duel-song, a mournful melody... This record presents a unique collection of drumdance and songs -55 historical recordings of traditional Greenlandic music recorded between 1905 (by British ethnologist William Thalbitzer) and 1987, and collected by Danish ethnomusicologist Michael Hauser. This is - beyond the document in itself - a way to get lost in time and space. What is greatly astonishing is to discover how these people are close to ourself - hope, happiness, mourning... humanity is right there.

PRESS
55 Historical Recordings is not exactly "come on and sing along" vocal music. A trace of the collective exuberance heard in much traditional West African vocal and percussive music is here, but isolated in an the individual's voice. The Inuit occupy one of the harshest, coldest, most desolate regions in the world, the area in and around the Arctic Circle in Siberia, Canada, Greenland and Alaska - the Land of the Midnight Sun.

These songs, mostly traditional drum-songs consisting of one vocalist singing and keeping beat with a single drum of caribou skin and wood, are fittingly sparse. The percussion has almost no timbre, tone or resonance. The vocals are often beautiful, but completely raw and as geared toward performance and storytelling as much as toward musicality.
Drum-song (inngerutit) is one of the most important Inuit traditions - ethnomusicologists have been recording these songs since 1905. 55 Historical Recordings is arranged geographically and spans from 1905 (scratchy, barely audible) to 1987, including extensive liner notes and annotations. The emphasis is on the academic, the ethnomusicologist and the record collector as much as the actual performers - as in any historical document created by one culture in deference to another, it is itself a tribute to the ability of one culture to be preserved and the other to preserve.

Inngerutit is used to recount the mundane - hunting seal, building boats - as well as the extraordinary, and is performed in mundane environments rather than exclusively during festivals and special events. Startlingly, some have remained the same for over 70 years in respect to the song's composer - two recordings of the same song, almost a century apart, exemplify this attention to detail and coherence of form. It is hard for the untrained listener to imagine that these ragged compositions, which at times sound like primitive predecessors to the Indian vocal raga, contain structures complex enough to warrant such diligent preservation. While the world in 55 Historical Recordings is always intriguing and at times enchanting for the uninitiated, the listening experience can also resemble an Arctic winter - a futile search for differentiation in a landscape dominated by white snow.
Alexander Provan / Dusted Reviews