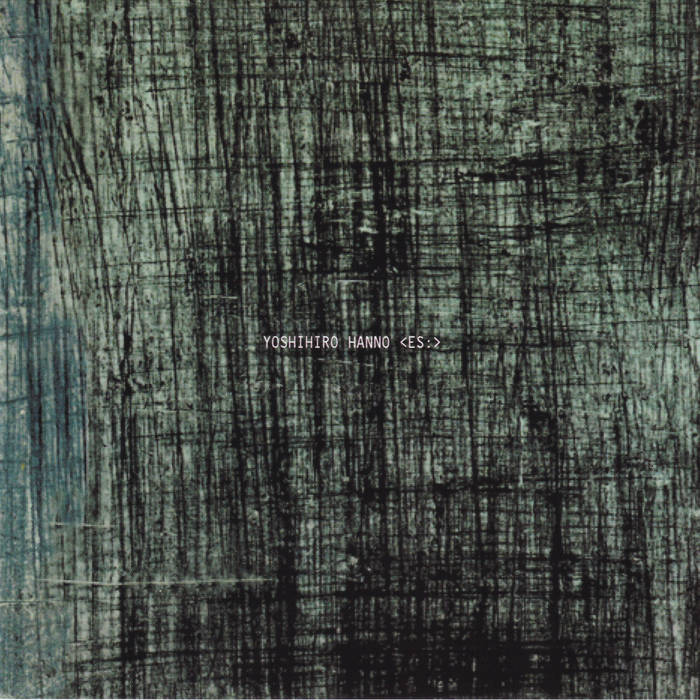 Between 1997 and 2002, under his own name or with Multiphonic Ensemble, Yoshihiro Hanno released four records on Sub Rosa. < es : > is the last one, published in 2002.

For years now, Yoshihiro Hanno has been exploring a wide range of musics: soundtracks, contemporary music, free jazz , drum 'n' bass, fragmented electronica, hip hop... with a definite taste for fusion and deconstruction in order to create a new form of avant-garde music.

Yoshihiro Hanno is difficult to grasp. His constant shape-shifting from one album to another -- and within an album from one track to another -- makes it difficult to entertain any kind of expectation. So it is definitely surprising to find out that is so beautiful. Most of the five pieces it presents consist of acoustic instruments (piano, strings) assembled on a computer. "Platform Variation II" is a long (15 minutes) string ensemble piece (possibly a quartet, but there is no instrumentation specified or performers credited). It has lush textures, seductive melodies, and just a fuzzy grain of electronics. Composed for the 2001 Radical Fashion event in London, it can evoke Ryoji Ikeda's venture into acoustic string music, but it is much less clinical in spirit. In fact, it is closer in sound to the music of John Luther Adams and other composers associated with the Cold Blue label. If one wants to remain in the field of electronica, Fennesz and Greg Davis come to mind at other points during the album. "Meno" is more downright digital in nature and less pretty, if you will, but that is mostly because of the contrast it enforces after "Platform Variation II." "Eshoal" is basically a piano piece on a skipping CD. Hanno runs forward and backward through it, adding parallel layers of piano samples to deeply transform the tune without interrupting its flow. The CD skipping can be annoying at first, but the listener can be quite taken by the end result. "Cis:" and "Trash" are guitar-based and offer other variations on the "pretty themes/Frankenstein-esque digital techniques" paradox (piano and violin join in toward the end of "Trash" for a sort of album recap, ironically just as the electronics get harsher).
François Couture : All Music Guide