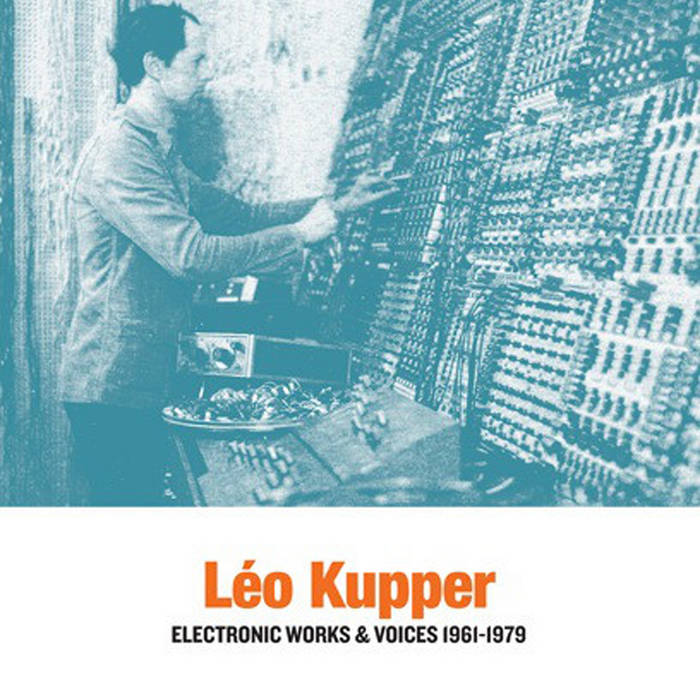 This record highlights Leo Kupper's earliest unique compositions produced during the 1960's when he was ardently seeking out structures distinctly applicable to purely electronic sounds.

Leo Kupper was born in Nidrum, Hautes Fagnes (Eastern Belgium) on the 16th of April 1935. He studied musicology at the Liège Conservatory, then became the assistant of Henri Pousseur who, in 1958, had just founded the Apelac Studio in Brussels. Kupper started to work on his first pieces there, but he would finalize them only upon putting together his own studio in 1967: the Studio de Recherches et de Structurations Electroniques Auditives (which means 'studio of audio electronic research & structuring'). That is where he would compose, to this day, over forty works, most of them on instruments of his own design. In the '70s and '80s, he built a series of Sound Domes (briefly established in Rome, Linz, Venice, and Avignon), places where every sound, every phonem uttered by the listening audience was transformed by hundreds of loudspeakers of various sizes organized in a dome shape. This device transformed sounds through space AND time: something said could be morphed into another sound hours, days, perhaps years later. Leo had envisioned that a device like his, a place for contemplation, would be much-needed in cities where Nature had been evacuated.
In the late '70s, after discovering Iranian music master Hussein Malek, Kupper became one of the very few Western virtuosos of the santur. His first pieces were released by Deutsche Grammophon and, later, Igloo. His latest works have been released by the New York-based label Pogus.
The GAME machine

In 1961, having terminated his musicology studies, Leo Kupper left Liège for Brussels. By that time, centres for music research such as those in Cologne, Paris and Milan had already produced works of experimental music, where pioneers were forging new and diverse routes in electronic music, 'musique concrète' and electro-vocal music. The GAME machine - Générateur Automatique de Musique Electronique (Automatic Generator of Electronic Music) was constructed during such period and spirit of renewal and technical exploration. The GAME consisted of a collection of variable 'sonic cells' sensitive to modulations of positive and negative voltages and programmable manually through the aid of colour-coded cables. Complex electronic loops and sound from loudspeakers and from microphone pick-ups were then either recorded by tape-machines or performed and interpreted by musicians who opened automatic channels, thus triggering automatic sound to exit the speakers. This in turn penetrated the machines by means of microphones and was replayed. Here then was an entirely new way of playing a musical instrument and how the works here were composed and performed.