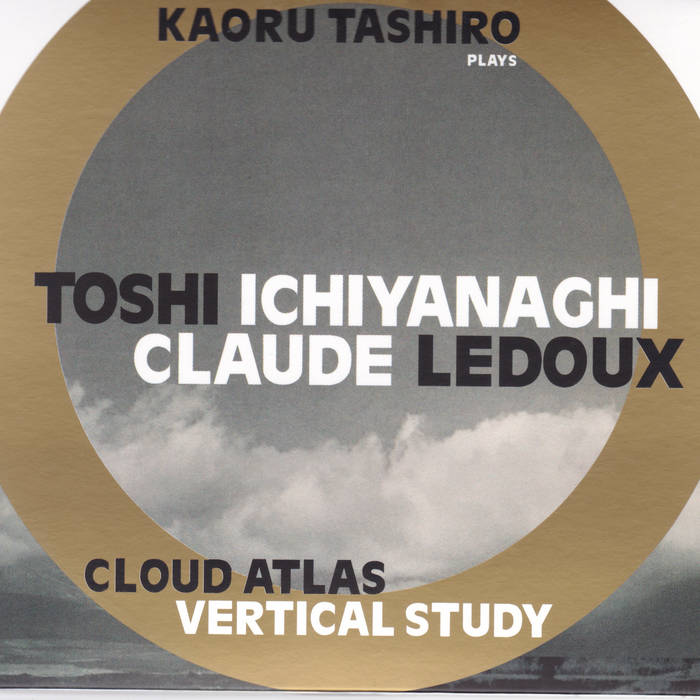 Toshi Ichiyanagi was born in Kobe, Japan, in 1933. He studied composition under Tomojiro Ikenouchi, and John Cage. While studying at the Julliard School of Music in New York from 1954 to 1957, he was awarded the Elizabeth A. Coolidge Prize (1955), the Serge Koussevitzky Prize (1956), and the Alexander Gretchaninov Prize (1957). Invited by the Festival of Institute of Twentieth Century Music, he returned to Japan in 1961 and held concerts and introductions both to his own music and the new music of Japan, Europe and the United States, stimulating activitity in a variety of fields. From 1966 to 67, engaged by the Rockefeller Foundation, he returned to the U. S. and held recitals of his works all over the country. In 1976 he was engaged by Deutscher Akademischer Austausch Dienst (DAAD) as Composer-in-Residence for the city of Berlin, where he resided for six months. At music festivals all over Europe he held concerts to introduce his own works or the works of other Japanese composers. He visited Europe repeatedly after that, receiving commissions from the European Pro Musica Nova Festival (1976), Metamusik Festival (1978), Cologne Festival of Contemporary Music (1978, 1981), Holland Festival (1979), Berliner Festwochen (1981), etc. In 1999 he was awarded the Medal with Purple Ribbon, and again in 2005 the Order of the Rising Sun, Gold Rays with Rosette, by the Japanese Government. He has been selected as one of the Persons in Cultural Merit since 2008. Currently, he serves as Artistic Director of TIME, Artistic Director of Ensemble Origin― A Millennium of Resonance, as Adviser of the Japan Music Competition, Board Member of Saison Foundation, Councilor of Suntory Foundation for Arts and General Artistic Director of the Kanagawa Arts Foudation.

Claude Ledoux. After obtaining a scientific diploma, Claude Ledoux turned to the artisitic world and studied painting at the Fine-Arts School and music at the Conservatoire de Liege (Belgium). Further important moments on his career were composition courses with Philippe BOESMANS, Frederic RZEWSKI, meeting Henri POUSSEUR.
He obtains also a master in Music Sciences from the Liège University. Nowadays, he works as a musical journalist and lecturer as well as a Musical Analysis professor at the Conservatoire National Supérieur de Musique de Paris (France) and Composition professor at the Ecole Supérieure des Arts, Conservatoire de Mons (Belgium) From 2001 to 2005 he worked as Artistic Director of the Centre POUSSEUR (previously CRFMW). Summer 2008 and 2009, he was guest professeur in Brasil at the Sao Paulo University, and at the Campinas University (UNICAMP) - for the Master and PhD in Musical Analysis and composition. In 2009, he also teached at the Winter courses of Campos do Jordão in Brasil. He was recently Artistic Currator for the Festival Ars Musica - Brussels 2012. Spring 2013 he is invited in China for lectures ad master classes at the Shanghai Conservatory. The same year he founded the LAPS Ensemble - which mixes Laptops and acoustic instruments. Since january 2005, Claude Ledoux is member of the Belgian Royal Academy.

Kaoru Tashiro (pianist)  was born in Tokyo. At the age of sixteen, she moved to Mexico City where she began performing solo recitals and making broadcasts while studying with Maria Teresa Rodriguez. She holds a Bachelor of Music from Mannes College of Music in New York where she studied under the tutelage of Leon Pommers. Later, she moved to Belgium where she studied with Yvegenia Braginsky, Mikhail Faerman and Eugene Moguilevsky at the Royal Brussels Conservatory where she graduated with Grande Distinction. In 1998, she undertook an advanced study of Prokofievs piano music at the Tchaikovsky Conservatory, Moscow with Olga Zukova. She has released CD recordings of piano solo works by Sergei Prokofiev, Sonate No.5, No.6, No.8, « Romeo & Juliet » « Cinderella ». In 2018, she has recoded the piano solo works by a Croatian composer, Ivan Božičević, as a part of integral recordings of his entire works subsidized by the Ministry of Culture in Croatia.
The recording of contemporary music composed by Claude Ledoux and Toshi Ichiyanaghi subsidized by Ministère de la Communauté française, RTBF Musiq3. This program was combined with video installation created by a Belgian video artist Kurt D’Haeseleer under the project title « Piano Motion » and it has been performed at Bozar, Centrale for Contemporary Art in Brussels, also in Tokyo, Osaka and in Jofukuji temple in Kanagawa, sponsored and supported by the Embassy of Belgium in Japan and Flanders Centre for the 150 anniversary of Belgium-Japan friendship.
‘Innovativeness’ is always her vital approach to the performances; In 2016, Kaoru has been the dedicatee of the piano Etude ‘Comme l’harmonie du soir’ by the Rome Prize winner, Kenji Sakai. Also <Real x Fiction>, a piano piece with electronics by Noriko Koide as a part of Sukebeningen project.
Besides her annual recital at Bozar Studio and performances in various cities in Europe, she has been invited to perform at the festival of contemporary music « Ars Musica » in 2012 in Brussels and in 2016 in Paris France.