An Anthology Of Noise & Electronic Music #7 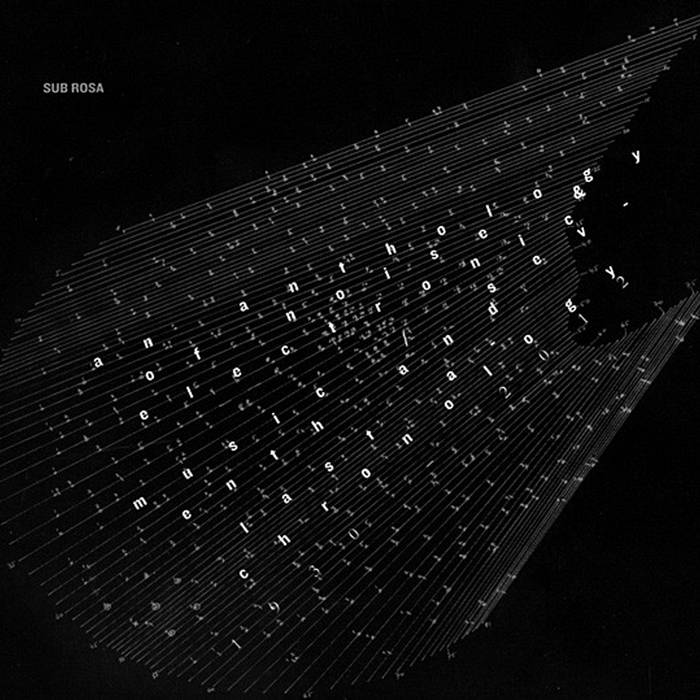 An anthology of noise and electronic music / seventh and last a-chronology 1930-2012. This triple CD of concrete, electric, destructured and electronic music contains rare or unpublished works; it also includes a 84-page booklet of critical and biographic notes.
When It Came Down To Number Seven..

These seven volumes represent a strong listening base, as incomplete as it may be, the basis for a near-infinite exploration through one's self, in the present tense.
All in all, if I add up all these tracks, there are 176 of them, created between 1921 and 2012, for a total of almost 18 hours of music. The sphere of geographical propagation was kind of programmed at the start (between 1952 and 1970 there have been over one hundred national studios, mostly tied to radio, on all five continents), but it accelerated exponentially with the appearance of the first home studios, and later with the advent of the
laptop computer. Following the spread with each surge of emerging creators, 42 nations are represented. In Europe: United Kingdom, Ireland, France, Belgium, The Netherlands, Germany, Austria, Switzerland, Greece, Italy, Spain, Sweden, Norway, Finland, Denmark, Poland, Hungary, Czech Republic, Slovakia, Slovenia, Bulgaria, Lithuania, Russia. In the Americas: United States, Canada, Mexico, Argentina, Peru, Chili, Brazil. In the Middle-East: Israel, Iran, Turkey. In Far-East: Asia: Japan, China, Hong Kong, South Korea, Thailand, Indonesia. In Africa: Egypt. In Oceania: Australia, New Zealand.
Our coverage is obviously incomplete, as there will be new emergences, through means unknown to us, from places we are unaware of.